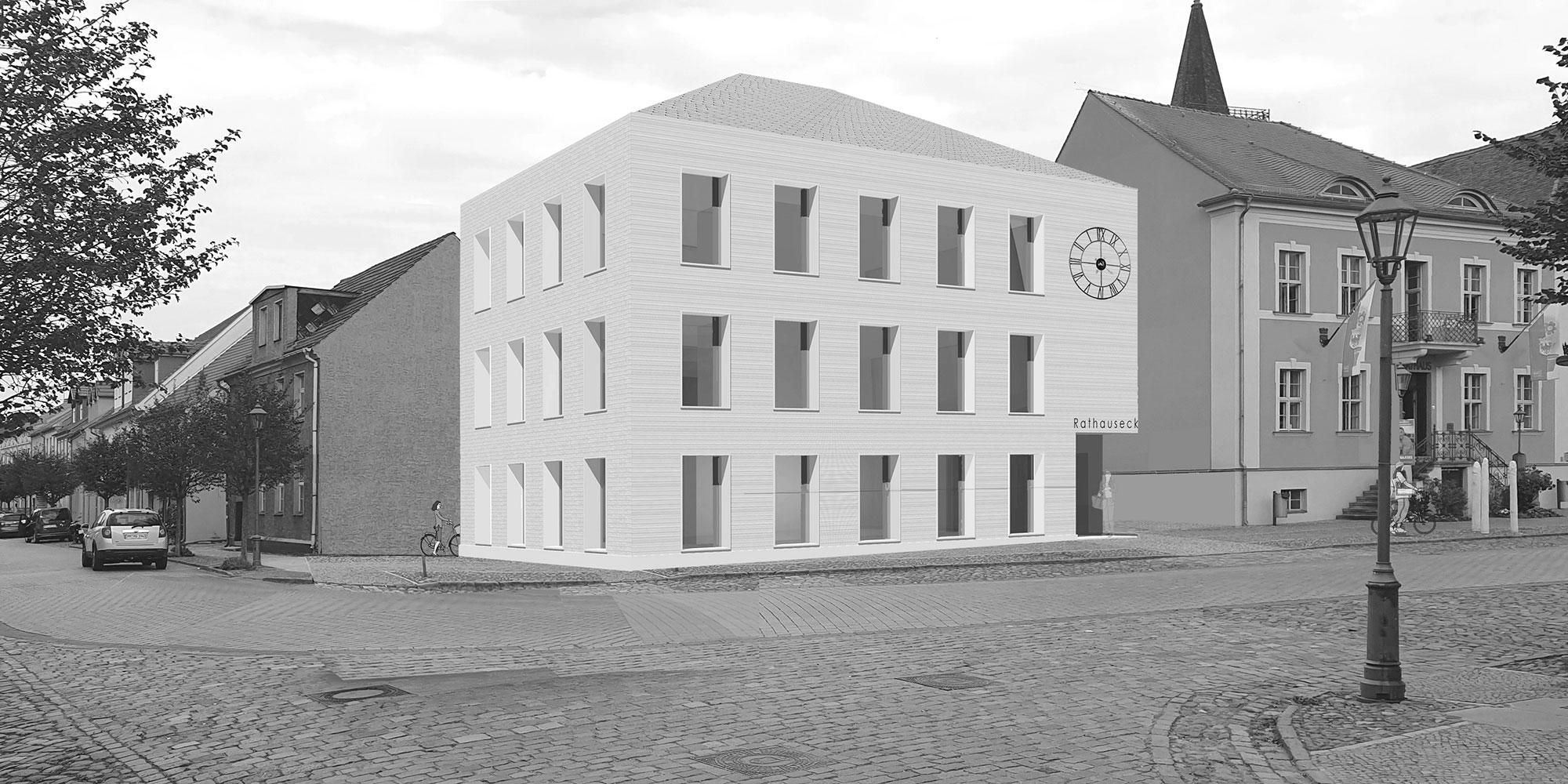 Perspective from the southwest, on the right the existing town hall 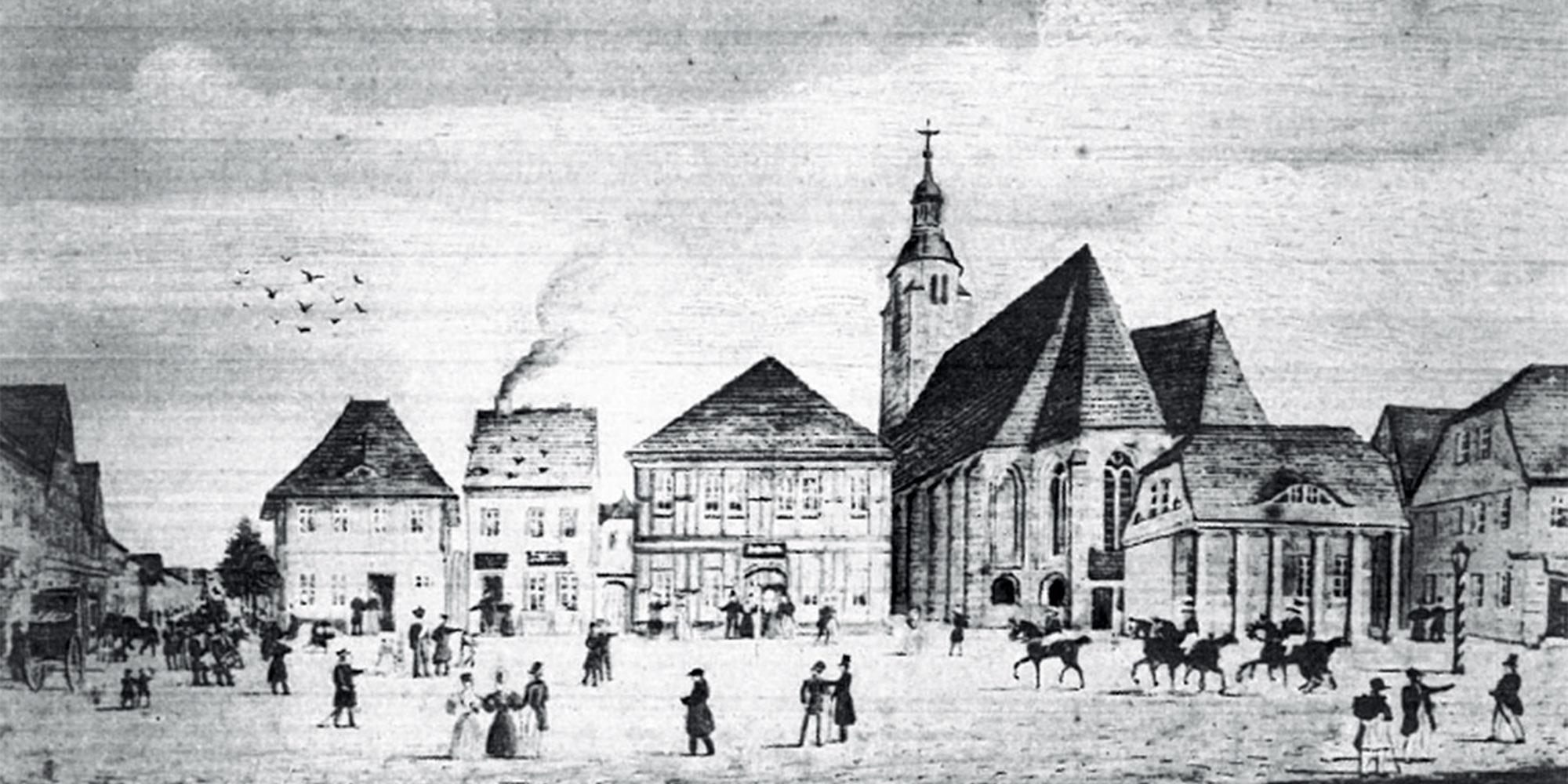 The design was developed in cooperation with the architectural office Christoph Keiner in Hamburg and won 2nd prize in the realisation competition.

Urban planning concept, architecture
The corner plot Berliner Straße/Poststraße has not been built on for decades. However, an etching from 1837 shows the historical layout: the square was dominated by the town hall with a symmetrical roof structure; the two adjacent town houses with different roof shapes were each separated from the town hall by narrow alleys.

Based on this, we propose a compact, three-storey new building with eaves. This creates two alleys leading from Berlinerstraße and Poststraße into the interior of the block. On the one hand, the new building takes over the building line of the neighbouring town hall on Berliner Straße, but on the other hand, it maintains a certain independence on the other sides, which is reinforced by the fenestration. Despite its three storeys, the building is clearly smaller than the town hall and thus does not compete with it.

We consider it right and important that the new building breaks away from the historic, traditional, small-scale plot structure and relates to its neighbour. It is therefore logical that the entrance of the Civic Centre and that of the Town Hall are next to each other.

The solid construction with a brick and plaster façade, the deep reveals, the tiled roof as well as the proportions and structure of the building make reference to the old town buildings.

The French windows of the main façade with their narrow ventilation sashes on the sides have a clearly contemporary effect. This motif is continued as a relief for the secondary façades. Parapet or lintel fields allow for smaller windows adapted to the use of the space.

In addition, we suggest cladding the reveals with prefabricated concrete elements as an interpretation of the customary local structuring elements provided for in the design statutes.

Use, accessibility
The use of the building is based on the requirements of the space allocation plan. The citizens' office with the waiting area on the ground floor is designed as a spacious, open room, which is only separated from the foyer by open glazing. The individual consultation areas are distributed along the façades.

The central access core with the lift is flanked by an adjoining room with sanitary facilities. A WC suitable for the disabled is provided on each floor.

The connection to the old building is made between the 1st and 2nd floors via a glazed walkway.

The service room is located in the basement. Encroachments on the archaeological monument are to be expected anyway due to the requirements of a frost-free foundation, which is why we provide for a limited basement.

The conception of the supporting structure as well as the building organisation allow for a changeable room layout. This ensures adaptations to future user requirements.