Addition of a second structural escape route in lightweight construction 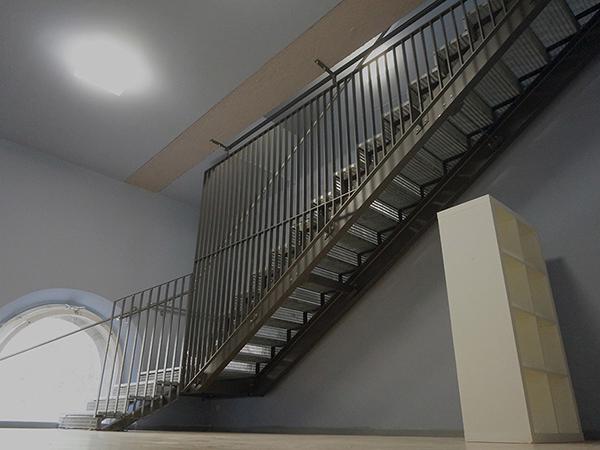 Escape route, stairway to the terrace 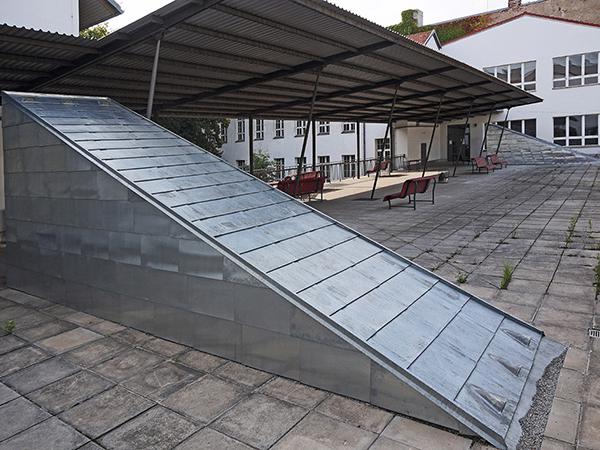 The school building, erected in 1906 by the Berlin building councillor and architect Ludwig Hoffmann, is a listed building. Originally, it filled the entire block from Schleiermacherstrasse to Mittenwalder Strasse. During World War II, the gymnasium wing on Mittenwalder Strasse was destroyed. In the course of rebuilding the gymnasium, the two upper floors above were replaced by a roof terrace at the end of the 1950s.

In 2006, the Leibniz Grammar School received a new gymnasium on a neighbouring property on Schleiermacherstrasse. This made it possible to convert the old gymnasium into a refectory for all-day operations. As part of the structural adaptation, the former changing rooms on the mezzanine floor of the north and south wings were also converted into recreation rooms.

Since these rooms did not have a second escape route, the structural connection to the terrace above was made via two new steel staircases. However, the reconstruction from the late 1950s had no static reserve. Therefore, the stairs were constructed in lightweight construction, using steel as the building material.

The locations and construction of the escape route were coordinated with the lower monument protection authority.